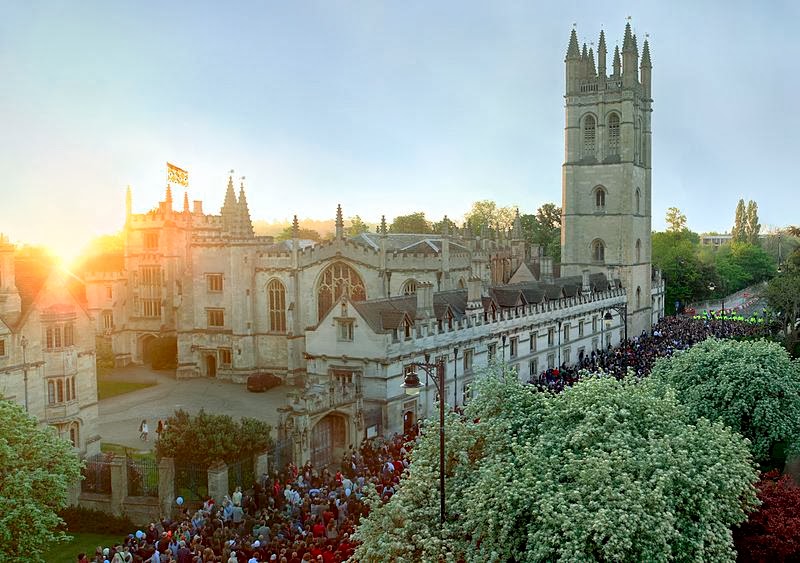 The University of Cambridge located in Cambridge, England, was founded in 1209.  It is the second oldest University in English speaking areas, and the third oldest University in the world.  In addition to those spectacular qualities, it has very interesting numerology, starting with the school's phone number.  It is as follows:  +44 1223 337733.  If you read this blog, this sequence of numbers goes without saying.  If you do not read this blog, please pay attention to the number 33, 77, and all other multiples of eleven; 11, 22, 33, 44, 55, 66, 77 and so on.
The numerology of Cambridge is as follows:
Cambridge is a beautiful campus, with classic architecture, encapsulating different eras of the United Kingdom.  The campus spans 366,444 square meters.  At present, the school maintains a staff of 5,999 employees.  Cambridge is also a part of the "Golden Triangle" of elite English Universities.  The year it was founded, 1209, has a numerology of 12 and 3, representing completeness, the divine, and the triangle or holy trinity.  Ask yourself, do you think any of this is by coincidence?  366,444 square meters, really?  Cambridge has the largest endowment of any University in the U.K, with $4.9 billion.  To put things in perspective, Harvard has an annual endowment of $33 billion.  Harvard is located in Cambridge, Massachusetts.
The oldest English speaking University, is Oxford, which also has a very interesting numerology.
Look at all those six's.  Can it all be a coincidence?  Or is something that has been in front of our collective faces our whole lives, been overlooked?  Unfortunately for numerology, some is lost with Oxford, because there is no known record of when the school was founded.  With that said, there is evidence of lessons going back to 1096, but this is not conclusive.

Oxford is the creator of the Rhodes Scholarship, the most prestigious scholarship in the world.  Would you believe the numerology of the word Rhodes?
The motto of Oxford is written in Latin, just like the writing with the all seeing eye on our dollar bill.  Oxford currently has an endowment of $3.77 billion dollars.

Please also read about Darwin and his powerful connections to the number 33, then think of that in light of what you have learned about these English elite Universities of Oxford and Cambridge.  For information purposes, the oldest University in the world is located in Bologna, Italy and the Holy Roman Empire.  That however, is another post.
Posted by Zachary K. Hubbard at 1:55 PM