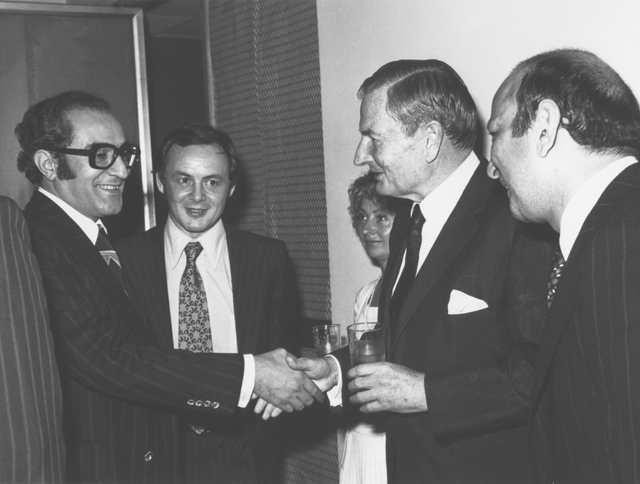 The Rockefeller family is arguably the most powerful family in the history of the United States, with their roots in Standard Oil, Chase Manhattan Banking, and real estate development.  In this post, we will examine their influence, as well as their numerological significances.  In numerology, there are two ways to translate words from letters to numbers; they are the Pythagorean Method and the Standard Method.  Let us decode the name Rockefeller using the two methods.
In standard decoding, the name Rockefeller equates to 110.  That number matches the number of floors that once made up both World Trade Center 1 and 2.  Those buildings were essentially giant elevens, towering above the New York City skyline, standing 110 floors each.  On March 11, 1961, it was David Rockefeller who proposed the World Trade Center Towers construction project and had his plan funded by the Port Authority.  At that point in history, his brother Nelson Rockefeller was the 49th Governor of New York City.  In addition to the World Trade Centers, the Rockefellers have helped construct the following real estate landmarks:
In addition to real estate, the Rockefeller family is heavily invested in political affairs, and has help shape and fund these major political bodies that exist and have much influence over the world today.
At Present, David Rockefeller Jr. is the patriarch of the family, and the man who once got the World Trade Center project approved, but not without the help of his brother, the 49th Governor of New York.  His brother Nelson Rockefeller has a birthday of July 8, 1908, and a life number of 33.
The name David Rockefeller has a numerology of 33 as well, when simplified to master numbers.
With "thirty-three" in mind, let us look at the World Trade Center buildings, which existed from 1968, until 2001, a span of thirty-three years.  After the towers fell on September 11, 2001, it was six months later that the Tribute to Light was shown in the air for a span of exactly thirty-three nights.  Also, let us recall that Rockefeller = 110, and the WTC Towers stood 110 floors tall.  Is it all a coincidence?  Or is it something much more sinister?  In a world dominated by oil and banking and real estate development, the Rockefellers can surely say they've had a significant hand in making things so.

Below, please watch Aaron Russo's documentary Freedom to Fascism in which he discusses how David Rockefeller let him know about 9/11 long before it happened.  Aaron Russo has since passed from cancer; RIP.