Numerology and the Occult: Why numbers are important to those who govern from the shadows 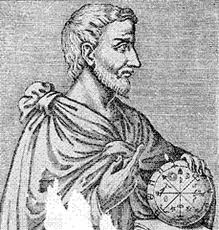 "The followers of Pythagoras ... referred every object, planet, man, idea, and essence to some number or other, in a way which to most moderns must seem curious and mystical in the highest degree. 'The numerals of Pythagoras', says Porphyry, who lived about 300 A.D., 'were hieroglyphic symbols, by means whereof he explained all ideas concerning the nature of things', and the same [numeric] method of explaining the secrets of nature is once again being insisted upon in the new revelation of the 'Secret Doctrine', by H.P. Blavatsky. 'Numbers are a key to the ancient views of cosmogony -- in its broad sense, spiritually as well as physically considered, to the evolution of the present human race; all systems of religious mysticism are based upon numerals. The sacredness of numbers begins with the Great First Cause, the One, and ends only with the nought or zero -- symbol of the infinite and boundless universe'." [The Occult Power of Numbers, W. Wynn Westcott, p. 15.]

The Occultists who govern from the shadows, controlling much of the world with their paid off puppets, worship numbers. They believe that numbers have inherent power and everything in the universe can be explained mathematically. Numbers are seen by these Occultists as the key to life and every letter of the English alphabet is merely a symbol of a corresponding number.  The evidence of their coding numbers into words can be seen in the names of all fifty states, as well as the times and dates of very specific and important events in our nation's history.  These people are very careful and thoughtful in their actions, and the numerological trail they leave behind does not lie.

Our digitized world is the fulfillment of the kabbalists’ utopia where every thought and action can be assigned to numbers. Think about it, you cannot function in the United States without, at the very least, your social security number. A popular saying is “You’re just a number” or "you're just another statistic" in our day-to-day lives. The digital clock paradise, and number labeling system decreases our humanity by reducing humans to digits and paves the way for the person who is viewed and treated as a robot or drone, and sometimes, because of such treatment, begins to behave and act like a robot or drone.
Number 3

Three is the first sacred number with an infinite repeating pattern in numerology. It is a perfect number representing the pagan trinity. It geometrically represents the triangle, the pyramid and spiritually, the third eye. Sacred numbers are intensified when grouped. 33 is a very powerful number to occultists. There are 33 degrees in Freemasonry which symbolizes the Kundalini or “serpent force” which is directed up the 33 sections of the vertebrae to achieve “illumination”.  The number 666 is achieved when three groups of three are added together
Number 5
Five represents female energy, largely because there are five days in the woman’s “fertility” cycle.  Five is represented geometrically as the pentagram, Isis, and as a divine proportion.
Number 6
6 represents male energy, the soul of man and the macrocosm of God. 6 is represented geometrically as the hexagram.
Number 7
Seven is a sacred number and the number of Perfected Man. No such thing but it sounds appealing. The biblical number of the Mark of Cain . Multiplication of seven (perfect three times seven) equals 21, Black Jack, or the Devil.
Number 9
9 is sacred and the cube of 3. 999 is 666 inverted.
Number 11
Eleven is a master number. Ten is the perfect number (god) and eleven represents God being exceeded (anti-Christ). Eleven should not be broken down as it is a master vibration. However, when broken down (1+1=2) it represents the two of duality.  Eleven can represent sin, transgression and peril. “The number eleven is the essence of all that is sinful, harmful and imperfect” – W. Wyn Wescott, the Occult Power of Numbers.
Number 13
Thirteen is a sacred number; in sacred geometry thirteen circles are used to create the ancient shape, "The flower of life".  Thirteen represents death and rebirth.  Thirteen can also represent rebellion against God’s authority.  Thirteen is a very important number to the Brotherhood and was not intended to be used by the profane- hence the superstitions surrounding thirteen we are taught in culture. “It’s OUR number, it’s not for you goyim”.
Number 22
In numerology 22 is one of the most powerful of all numbers. It is often called the Master Builder. The 22 can turn the most ambitious of dreams into reality. It is potentially the most successful of all numbers.  It has many of the inspirational insights of the 11, combined with the practicality and methodical nature of the 4, its sum.  JFK was assassinated on 11/22.
Number 33
A magical number. The perfect 3 multiplied by the master 11. This number has much significance in religions of the world, as well as historical organizations such as the Freemasons.  Secret societies such as Skull and Bones also worship the number 33.
Number 39
The perfect 3 multiplied by the sacred 13. 39 is an anagram for 93, the “literal number of magic itself”- Crowley.
Number 77
The sacred 7 multiplied by the master 11. The number of the biblical Revenge of Lamech. The ‘children of Lamech’ are the alleged builders of the temples in Atlantis and Lamech lived 777 years.  In the United States, Washington D.C. and much of the East Coast is located on the 77th Meridian, known as the American Meridian. 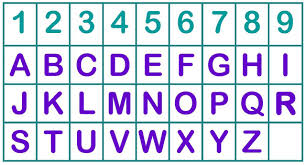