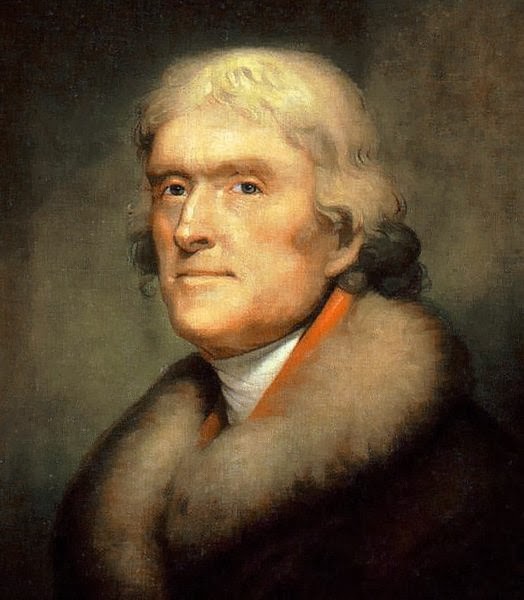 First and foremost, Thomas Jefferson is known as the author of the Declaration of Independence.  In addition to that, he was a congressman, the Governor of Virginia during the Revolutionary War, the United States Minister of France after the war, the first Secretary of State under George Washington, the Vice President under John Adams, and then the third President- quite the resume.  In addition to his spectacular political accomplishments, his name also has exquisite numerology.