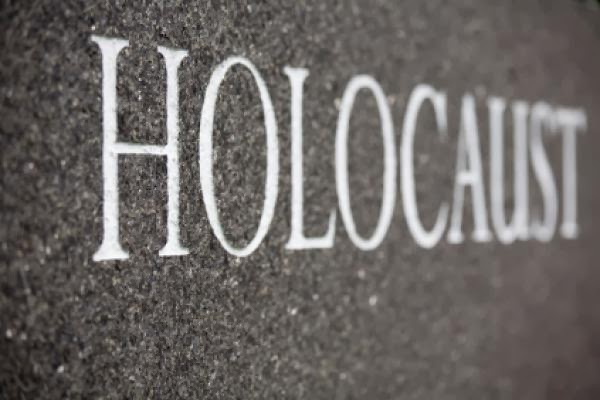 Months ago I wrote about the exaggerated lie of 6,000,000 dead Jews, used as an excuse to create the Zionist state of Israel and enforce wars of aggression and genocide against Muslims and Christians in the Middle East..  That post can be read here.  Since writing about that topic, I have discovered something curious about the numerology of the word "Holocaust".  Let us examine the numerology of the word, as the numerological outcome appears to be quite telling.
In false flags and conspiracies abound, the number thirty-three is found at the center of them often; from World War I, to World War II, to 9/11, to Sandy Hook and beyond.

The word Holocaust comes from the Greek word meaning "burnt" and which refers to an animal sacrifice to the Gods.  The name Holocaust has been psychologically programmed into Western minds, through school lessons, movies and television programming, so that the word will be associated with the murder of millions of Jews through burning and gassing while detained at Nazi concentration camps.  The word was first knowingly used in the New York Times, on May 31, 1936; please notice this date predates World War II.

It should be noted that some people of the Jewish faith choose to refer to the tragic events of World War II using the word "Shoah", which means "calamity", instead of the word "Holocaust", which is perceived as offensive because of its meaning of burnt animal sacrifice to the Gods.  Naturally, it does seem offensive, and it seems odd anyone would want to use such a word to describe what happened during World War II.  Of course, the people who created that war, and sold the lie of 6,000,000 dead Jews, very well might have seen the sacrifice of the tens of millions who died as a burnt sacrifice, for whatever god they worship, and for the New World they were actively creating.  After all, it was those same people who needlessly started this war, all to expand and grow their system of banking and war by carefully calculated deception.
Posted by Zachary K. Hubbard at 10:33 AM