Numerology Explains the Popularity of the Name "Smith" 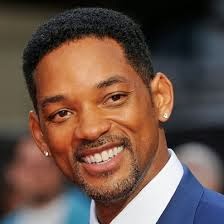 If you ask a person in the United States what the "most common generic last name is"; nine out of ten times the person will reply "Smith", and for good reason.  In the United States it is still the most common surname, with Garcia and Rodriguez catching up rapidly.  Let us examine the numerology of Smith.
Obviously, the number 69 has much significance in popular culture, and is symbolic of the Yin-Yang, which represents balance and symmetry.  The name Smith is the alphabetic representation of the number 69, and at different points in human history, finding the numerology of names, words and phrases held importance.  Is it so far fetched to believe that Smith originates from one of these periods in time, and because of its numerical symmetry, gained the popularity it now evidently has today?

Also, for a little history lesson, the state of Delaware, the first State to be established, also has a numerology of 69, as well as 33, both very special and sacred numbers.
Making matters even more interesting, Delaware was established December 7, 1787, more than eleven years after the declaration of independence.  The numerology of this date is also 33.
The lesson here is that letters are more than letters, and in the English alphabet, they also represent numbers, which some people are counting... even if that person isn't you.  Please read the other posts on this blog.  If you take the time to read five other posts, I think your attention will be garnered, at least a little.
Posted by Zachary K. Hubbard at 5:33 PM