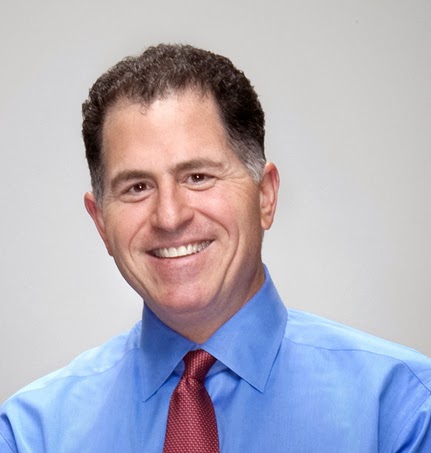 Michael Dell is the founder and CEO of Dell Computers and who has as unbelievable of a life story as he does name numerology.  For example, Michael Dell passed the high school equivalency exam at the age of eight, on the path to launching one of the world's most successful computer companies out of his own garage.  Today Dell is ranked third in PC sales, and first in monitor sales; astonishing figures for two of the biggest markets in the world today behind oil and banking.  Dell Computers was established February 1, 1984 and today it employs 103,300 people.  Let us look at the launch date of Dell Computers more carefully.
Making matters more interesting, is Michael Dell's reported birthday.  It is February 23, 1965.  The date February 23, can also be written as 2/23, or the number 322 backwards.  It isn't just 322 that pops up in Michael's life however, it is also 33.  Before we examine that, let us recall that Yale's Skull and Bones members refer to themselves as Bonesmen.
Michael Dell also has a middle name of Saul.  Let us look at the numerology of Saul for anything curious...
Personally, it is my belief that some of these people known as the CEOs of companies, such as Michael Dell, are nothing more than front men for Illuminati business ventures, in the same capacity puppets fulfill the roles of Presidents and leaders of nations.  It wouldn't surprise me in the least if Michael Dell wasn't even the man's real name, and February 23 wasn't his birthday.

Michael Dell has received one honorary degree from the University of Limerick.
Today, Dell is the largest non-oil company in Texas, and with regards to Texas companies, do you remember Enron, the accounting firm that was the top campaign contributor to the Bush administration who went under in a the nation's largest accounting scandal ever?  What Enron and Dell both have in common is the slanted E in their respective logos.  What is that all about?  Keep in mind that E is the fifth letter, and in this society, the number 5 is emphasized in War Departments (Pentagon) and Washington Monuments (555 feet 5 inches tall), as well as state name numerology. 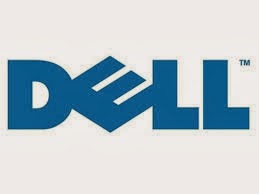 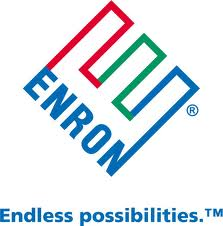