2014 Olympic Games Opening Ceremony Glitch: Did you see it? 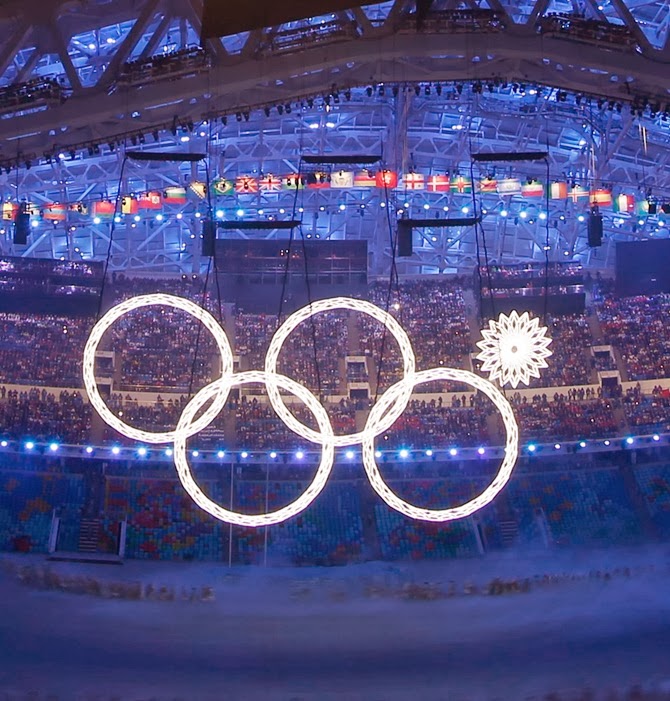 The opening of the 2014 Winter Games featured a glitch, in which one of the five rings did not present itself during a graphic animation.  In the Olympic Rings we're used to seeing, the upper most right ring is the red ring.  This is the one that failed to show.  The five rings were designed in 1912, by Baron Pierre de Coubertin.  Coubertin had this to say about the symbol:


The six colors (when you include the white background) thus combined reproduce the colors of all the nations, with no exception. The blue and yellow of Sweden, the blue and white of Greece, the tri- colors of France, England and America, Germany, Belgium, Italy, Hungary, the yellow and red of Spain next to the novelties of Brazil or Australia, with old Japan and new China. Here is truly an international symbol

This glitch is reminiscent of what happened at the 2012 Summer Games in London, when the United States' flag fell from the rafters as the National Anthem was being played during the presentation of Serena Williams's gold medal.  The flag fell right after the lyrics, "but our flag was still there" were sung.  That can be witnessed right here.  The date the flag fell was August 4, 2012- Barack Hussein Obama's birthday.  You can watch that incident just below.