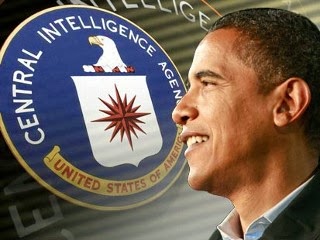 Barack Hussein Obama was born August 4, 1961, in Honolulu, Hawaii.
Barack Hussein Obama would attend the following schools: Occidental College, Columbia University and Harvard Law School.  Upon finishing his degree in 1983, he would take a job with Business International Corporation, a firm that would later admit to being a CIA-front agency.

With regards to the CIA, they are headquartered in Langley, Virginia.
It gets better.  Barack Hussein Obama is a 'lawyer'; supposedly a 'constitutional lawyer'.
Barack Obama earned his law degree in Cambridge, Massachusetts, at Harvard
This year President Obama's birthday will fall on the Jewish holiday, the 9th of Av; the day those of the Jewish faith remember the tragic destruction of the two ancient temples.  It will also mark two years since the U.S. Flag fell at the Summer Olympics, while Serena Williams was receiving her Gold Medal.  You can watch that video just below.
Barack Hussein Obama is the 44th President, matching the numerology of the city he earned his law degree in.  The number 44 is also associated with assassination in world history.  Striking closest to home, is the killing of Martin Luther King Junior, who was shot dead on April 4, 1968; the same year Ford's Theatre was reopened for the first time since the assassination of Abraham Lincoln.  The Theatre would close again 1977, after being open for nine years.  In February of 2009, Barack H311ein Obama would help reopen Ford's Theatre for the first time since it closed in 1977.  He would be handed an "illuminated plaque" as referred to by the actor dressed up as 'Honest Abe'.